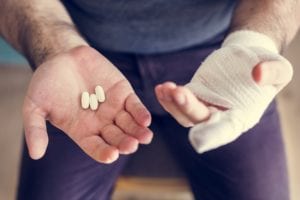 If you’ve gone to your general practitioner or pain management doctor seeking relief from chronic pain, you’ve probably been told to take NSAIDS, acetaminophen, or opioids. All of these drugs come with potentially serious negative side effects, particularly if they’re taken long-term or outside of how they are prescribed. If you struggle with pain and are concerned about how NSAIDS and opioids could negatively affect your health, you do have alternatives. Dr. Cody Doyle of Doyle Chiropractic and Acupuncture in Roanoke, Tx offers holistic pain management options to relieve a wide range of pain, including chronic pain.

Learn how acupuncture can help with chronic pain relief.

Learn how chiropractic can help with chronic pain relief.

Why should you consider holistic pain management treatment? Because pharmaceutical treatments pose many risks. Let’s explore the side effects of NSAIDs, acetaminophen, and opiates.

The most common side effects of NSAIDs are nausea, diarrhea, vomiting, constipation, and other gastrointestinal issues, as well as drowsiness and dizziness. They can also cause fluid retention, decrease in appetite, rash, and headache. However, chronic use of these medications can lead to kidney and liver failure, ulcers, and increased bleeding with injury or surgery. Some people are allergic to NSAIDS, and allergic reaction generally involves shortness of breath or other breathing problems. Asthmatics are at higher risk for an NSAID allergy.

Oddly, kids given aspirin for the flu or chicken pox may develop Reye’s syndrome, a liver disease that can be fatal.

Elderly patients face an increased risk for heart attack and stroke with all NSAIDs, except low-dose aspirin. People who have undergone coronary artery bypass graft (CABG) surgery should not take NSAIDs; they can cause complications.

Note that a regimen alternating NSAIDs and acetaminophen is often suggested, for lower dosage with similar pain relief results. 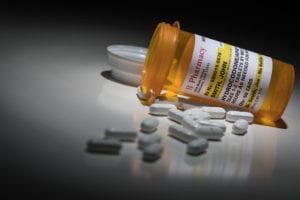 Opioids are strong pain killers that alter the brain’s understanding of pain by depressing the central nervous system, thus immediately relieving discomfort. Opioids may be prescribed to control a cough, treat diarrhea, or even to help a person overcome addiction to narcotics.  When used for pain relief, opioids are sometimes referred to as analgesic narcotics.

One of Dr. Doyle’s patients reports: “I was prescribed a bottle of 150 hydrocodone pills to control gall bladder pain until I could undergo surgery. I had an insurance situation that forced me to put the surgery on hold. The opiates controlled the pain, but I was a zombie under the influence of hydrocodone. I could not work or function. After my surgery, I had some complications that caused chronic pain and was prescribed more hydrocodone, then later, tramadol and Tylenol 3, which has codeine. Each drug had side effects that exacerbated other symptoms. Dr. Doyle helped me address the underlying issues that caused my pain: leaky gut syndrome, chronic constipation, and irritable bowel syndrome. Most doctors don’t believe in the science behind leaky gut syndrome, and there was no pharmaceutical treatment for IBS that worked on me. It took me a year to find Dr. Doyle after my surgery – and all that time I was on opioids. With them, the pain was debilitating. Also with them, I was a zombie. As a small business owner, my entire life was negatively affected. With Dr. Doyle’s treatment and time, now I no longer needed pain medications. I believe that if I had not turned to acupuncture and Dr. Doyle’s holistic methods, I’d still be on opiates and NSAIDs. Instead, I’m productive and healthy!” – Shauna Duty, Roanoke, Tx

Opiates are drugs made from opium in poppy plants. Opioids are synthetic or semi-synthetic drugs that bind to opioid receptors in the brain. Today, the term “opioid” is used for both natural and synthetic opioids. These drugs include:

Often, people in chronic pain become addicted to opioids for relief. A mental addiction develops. Seeking comfort, they increase the dosage without a doctor’s approval can lead to serious physical and psychological issues. Prescription opioids are often sold on the street, illegally.

The problem is, as a central nervous system depressant, opioids can stop a person’s heart, causing death. They also alter the heart, lungs, brain, and many other vital organs. Even first-time illegal use can cause immediate death, coma, or an erratic heartbeat.

Death caused by overdose of opioids gas surpassed the height of deaths by gun violence (1993) and auto accidents (1972). In 2016, over 63 thousand people died from overdose; two-thirds from opioid overdose. Today, drug overdose is the primary cause of accidental death in our country.

Though Texas is on the low end of states where opioid overdoses occur, our numbers are on the rise – even in Tarrant and Dallas counties. Of the top 25 American cities with the highest opioid overdose fatality rate, four are in Texas.

People who are abusing opioids often show symptoms like sleeping too much or not being able to sleep. They may suffer with anxiety, depression, and mood swings. When battling opioid addiction, withdrawals will occur. If a person is fighting addition to more than opioids (additional drugs or alcohol), serious health risks can occur. A medical professional can help create a plan, with medications to help an addict successfully overcome withdrawal. 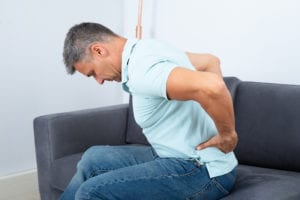 Dr. Doyle has studied chiropractic and acupuncture treatments that help relieve pain, without the use of medications. He addresses the underlying causes of pain with skeletal manipulation, via chiropractic treatment, and stimulation of the musculoskeletal and nervous system, with acupuncture.

These drug-free pain management treatments can relieve many issues, including but not limited to:

To schedule an initial appointment with Dr. Doyle, call our Roanoke, Tx office at 817-767-5430. We are accepting new patients and will be happy to file your insurance or help you with the paperwork necessary for claims. Before turning to a potentially harmful and addictive drug for chronic pain relief, talk with Dr. Doyle.